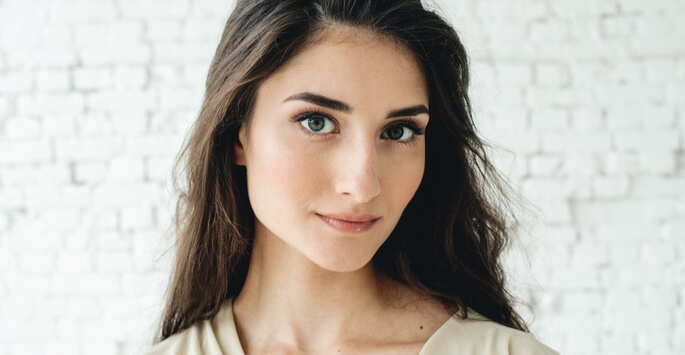 Acne is an unfortunate part of growing up for many people. There are many different types of acne. Blackheads, cysts, whiteheads, nodules, and pimples all fall under the category of acne with people suffering from all or only a few of the types. Most commonly, acne occurs during the stages of puberty. This is when the sebaceous glands are activated for the first time. These glands produce oil and are triggered by male hormones that are present in both females and males. While acne itself is not dangerous, it can leave lasting scars behind. It’s also a blemish many would prefer to be without. If you suffer from acne, you may wish to look into acne care.

The Cause of Acne

To understand how acne forms, it’s important to understand the structure of the skin. On your face, you have millions of pores. These pores are connected to oil glands that exist beneath the skin. The thing that connects the pores to the glands is called follicles. Follicles also are responsible for producing and secreting liquid.

The actual liquid that is produced is called sebum. Its job is to carry dead skin cells through the follicles to the surface of the skin where it can be washed away normally. You can sometimes see this follicle because it uses a small hair that pokes through the skin’s surface.

Acne forms when the follicles are blocked. Oil starts to build up beneath the skin. This blockage can occur due to skin cells, the hair itself, and even the sebum. Once the blockage forms and plugs up the pore, that’s when bacteria can become trapped inside the pore. This bacteria causes swelling to form. Acne, itself, forms once the blockage breaks down.

The bacteria that is primarily responsible for causing acne exists on the skin naturally. Yet not all bacteria of this type–or other types that exist on the skin–are responsible for acne. In fact, some of them even help keep you free from acne. There are other factors, too, that can cause acne or factor in the production of acne.

For many people, hormones are the main factor of the development of their acne. Androgen is the primary hormone linked with acne. For women, this eventually gets converted into estrogen. As androgen levels rise, as does the chance for acne. This is because the higher level of androgen causes more oil to be produced from the glands. With an excess of oil pushing on the pores, the pores expand and can actually have their cellular walls break. With this breakage comes an influx of bacteria that can then infect the pores and cause acne. Hormone changes can also increase acne in the body. As levels fluctuate, oil can be overproduced.

There are certain medications, too, that are believed to help trigger acne. Some medications can actually increase the levels of androgen in the body. When that occurs, the body follows the same procedure as listed before with the breakdown of cellular walls. For those who want to make sure that their medicine isn’t causing acne, you should look and see if the medication contains either androgen or lithium. Both have been seen to increase the development of acne.

For women who wear makeup, the kind of makeup that you use might also influence the development of acne. Cosmetics that are greasy or contain a lot of oil can increase the growth of acne. With lots of oil and grease resting on your skin, the oil that is already being produced by your body is suddenly overwhelmed by the amount. Again, the breakdown of cell walls can occur with the breach of bacteria entering the pores.

Greasy cosmetics can also keep dead skin cells from being removed on the skin. Instead, they might get clogged into your pores and form a blockage. You should try to use cosmetics that aren’t as greasy to help prevent the emergence of acne.

Even something like stress can cause an increase in acne. There’s an understanding that stress and illness go hand-in-hand. The body is more susceptible to invasion of bacteria or viruses and falls ill. The same could be said for acne. When you’re stressed, the body is less worried about protecting you from bacteria. As a result, the bacteria have an easier job of infiltrating your pores and infecting them. If you want to reduce the chances of developing acne, you should find ways to help you reduce your stress.

Closely linked to hormones, menstruation can also be a factor in developing acne. Women who are menstruating likely find that either right at the beginning or after their cycle, they might have an increase in acne. This is because of their hormones. There’s an increase in hormonal activity at the start of the cycle and a decrease at the end of it. Those influxes can cause estrogen levels to fluctuate and make your glands produce a lot of oil.

While many researchers are still looking into the role that diet plays on acne, some believe that what you eat may help the development of acne. Greasy foods, for example, can potentially stimulate the glands in your face to produce more oil. Whereas foods that are rich in Vitamin A, E, and zinc can actually help control it. Green tea, too, has been believed to help reduce the risk of it forming. However, most researchers performed their experiments with tea extracts rather than tea leaves, themselves.

Since it isn’t yet clear if food plays a direct role in helping aid develop, you may find that dietary changes don’t do much. However, it certainly doesn’t hurt to try and eat more vegetables and fruits to promote a healthy immune system that is ready to fight against bacteria anyway.

No one likes dealing with acne. For many, it can be an embarrassing blemish that completely ruins their day. Luckily, there are quite a few acne care treatments that exist to treat both acne and acne scarring. The kind of acne care that you receive depends on a few different factors. The first is the state of the acne itself. If it’s mild, you may only need an ointment or a medication that can help reduce its development. For moderate or severe acne, you may need a more potent treatment.

Some of the medications that a doctor might suggest that you take may have some of the following ingredients. Resorcinol can actually help breakdown whiteheads and blackheads. Benzoyl peroxide works to kill the bacteria on your skin. It also helps the production of new skin to take over from dead skin. Finally, it also helps slow down sebum production which can decrease the amount of oil on your skin.

Salicylic acid is another ingredient that you might find in your medication. It also can help remove blackheads and whiteheads. It also can limit the amount of inflammation that the skin receives and reduce its swelling. While researchers don’t yet know how sulfur helps fight acne, it has been shown to be effective when used in acne care medications.

Retin-A is another ingredient found in most mild acne care medications. It helps pores keep from becoming blocked up. As a result, the bacteria are less likely to infect the pore. One last ingredient commonly found in medications that are effective against acne is Azelaic acid. This ingredient actually helps strengthen the cellular wall from breaking. By so doing, it keeps the sebum from erupting. It can also keep the bacteria from growing.

Those who suffer from moderate or severe acne may also be prescribed medications that contain these ingredients. However, they may need a higher dose or have to take the medications more frequently. They might also be prescribed a topical antibiotic. These antibiotics are placed on the skin and help fight off the bacteria from invading pores and infecting them.

One frequent factor in acne scarring is cysts. If an acne cyst starts to become inflamed, it can rupture. As a result, the pore can scar. Acne scars are some of the most difficult skin blemishes to be rid of. You’ll want to prevent the chances of scarring as much as you can rather than deal with scars themselves. One method that doctors utilize to reduce acne scars is by using a corticosteroid on the cyst. The corticosteroid is diluted and injected into the cyst. This helps heal the cyst, keeps it from rupturing, reduces the chance of scarring, reduces inflammation, and can even increase the duration it takes for the skin to heal. Eventually, the cyst will go away on its own.

One emerging acne care treatment plan is to actually use laser therapy. Laser therapy involves the use of light energy. This energy is directed into problem pores. Because the energy is so potent, it can kill the bacteria living in the pore. Many love using laser therapy as a means of acne care because it’s an easy procedure. it’s also noninvasive so they’re able to continue with their day immediately after the procedure. It can also be quite effective for both those with mild and severe acne and acne scarring. Most often, light therapy is combined with another acne care treatment for effective clearing of acne. An example might be a medication that helps reduce either oil production or bacteria production.

Acne is something that troubles millions of people. There are plenty of ways to receive help. To see what acne care services we can offer to you for smooth skin, we warmly invite you to reach out and make an appointment with Adoro Medical Spa. At our convenient location in Severna Park, we are proud to serve the areas of Annapolis and Baltimore. Our caring and devoted team of professionals will be pleased to explain your options in full and answer any questions you may have. Contact us today to set up your consultation – we look forward to speaking with you!