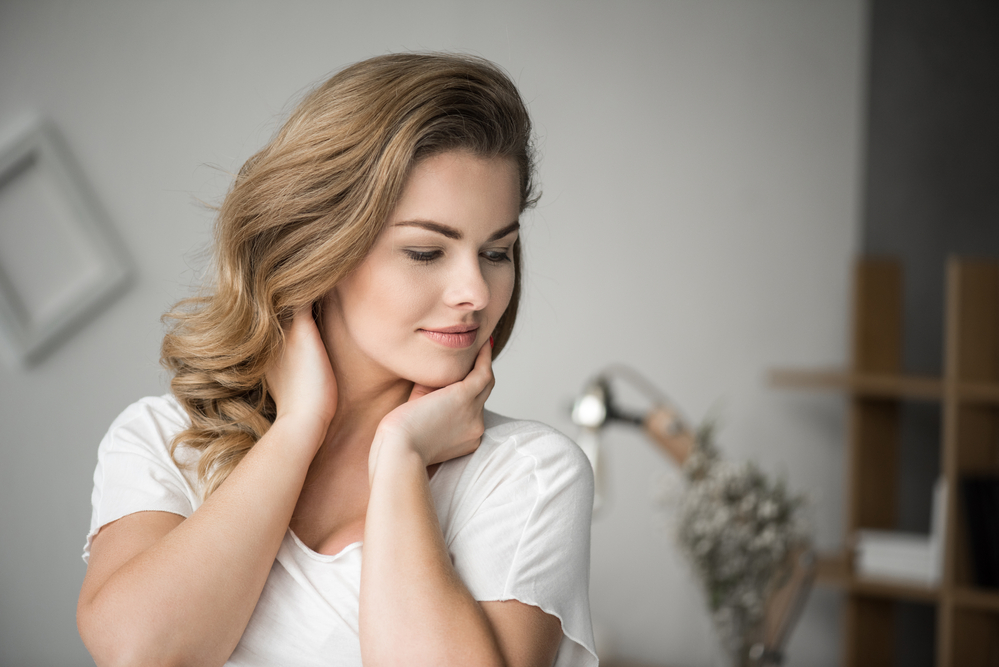 Age causes the forehead to wrinkle, the skin around the eyes to sag, and the eyebrows to droop. The face loses elasticity because of factors such as gravity, genetics, or exposure to the sun and wind. In fact, wrinkles can make an appearance as early as thirty years old. When it comes to getting rid of frown lines on your forehead, there’s nothing more effective and lasting than a thermage forehead lift, and Adoro Medical Spa in Severna Park, MD, also serving Annapolis and Columbia, can help.

How Does a Forehead Lift Work?

In order to reduce the appearance of forehead wrinkles and frown lines, a thermage forehead lift (more commonly known as an eyebrow lift) entails raising the eyebrows. Excess fat and skin are removed during the procedure, and the muscles in the forehead are tightened.

Using this procedure, you can also reduce excessive brow furrows and improve brow sagging. What will be the outcome? Skin that is smoother, younger, and free of wrinkles.

An eyebrow lift is a complex procedure, as you probably already suspected. There are many factors involved. As a result, plastic surgeons will analyze a patient’s face thoroughly, taking note of excess sagging, where volume is diminishing, and where volume has decreased.

Traditional eyebrow lifts, endoscopic eyebrow lifts, and temporary eyebrow lifts are the three most popular methods. The doctor will discuss with you which type of treatment is best for you during your consultation.

A traditional or classic facelift (more commonly referred to as a conventional lift) requires the most work. In the first step, the surgeon will make a conventional incision from just above one ear to about one ear level across the top of the forehead. Depending on the facial structure of the individual, the surgeon may create an incision next to the hairline.

Following this incision, the surgeon will remove excess tissue and fat from the forehead, realign the muscles, if necessary, and elevate the skin. An eyebrow lift may also involve the removal of excess underlying skin and raising the eyebrows to a higher level. Once the stitches have been placed, a bandage is applied to the head, and this can be removed within two days. In contrast, stitches can be removed after approximately two weeks.

Despite being minimally invasive, and endoscopic lift must still be done in an operating room. It is performed through small incisions hidden within the hair on the scalp. The brow tissue is then raised and released using fiberoptic equipment. Following this, any excess fat, muscle, or skin will be removed.

Afterward, the altered skin or muscle is fixed in place with screws or sutures. A stitch is used to close the incision afterward, as with the conventional method.

The eyebrow is elevated using small incisions rather than the full eyebrow since only the outer third is corrected here. After the procedure is completed, healing takes very little time.

How Do You Choose the Right Brow Lift?

Following the introduction to different types of lifts, you must be curious about how lifts are chosen and which one to use. Ultimately, your plastic surgeon’s decision is based on a number of factors. You should consult with your physician about which lift will be most effective and safest for you after an in-depth evaluation.

What Factors Go Into the Decision?

The following details will be discussed with you by your surgeon in order to determine the best approach:

If a Classic Brow Lift Is Right for You

In the discussion with your surgeon, and after analysis of your case, the doctor may recommend a coronal lift if you have a smaller forehead and are ready to undergo a longer procedure. Classic brow lifts have the most profound effect.

If an Endoscopic or Temporal Brow Lift Is Right for You

An endoscopic or temporal brow lift might be your best option if you are more concerned with the outer portion of your eyebrows and if you are looking for a dramatic arch.

The Art of Hiding

When people see their dramatic brow lift results, they feel great about themselves, and that’s not just because the surgery corrects wrinkles and other issues. As part of the surgery, your doctor conceals the incisions in the natural creases of the face as well as within the hairline and scalp so that scarring will not be visible. In addition to “correcting” the desired areas, surgeons thus ensure that you look natural.

The Benefits of a Brow Lift

If you want a permanent improvement to your look, you should consider a traditional brow lift in preference to injections. While injections offer dramatic results on a routine, periodic basis, a surgical lift saves patients money and time in the long run.

Surgery is much more likely to offer permanent and lasting changes than temporary treatments and procedures; you might only visit your doctor twice if you choose a lift over injections. Think about it this way: if paying more for getting your hair or nails done would mean never having to go back to the salon, would you do it? Most likely!

Plastic surgery offers physical as well as psychological benefits. According to research published in Plastic and Reconstructive Surgery, a thermage forehead lift not only serves an aesthetic purpose but may also treat severe migraine headaches.

The study found that 57% of the 75 migraine sufferers reported that they were no longer affected by migraines after surgery, and 83% reported a reduction of migraine headaches of at least 50% one year after starting the study. Overall, migraine reduction had a 92% success rate.

Another physical benefit of a forehead lift may be improved vision. Skin sagging around the forehead and brows can make it difficult to see clearly when the skin begins to push down into the eyes or around the eyes. The problem can be solved with a thermage forehead lift.

It is absolutely fine to schedule an appointment with a plastic surgeon to further discuss your options if you believe a thermage forehead lift would improve your overall appearance. You need to feel happy and comfortable with your appearance if you want to take care of your health and wellbeing. If you think plastic surgery can help, then it’s worth the effort.

Plastic Surgery and Relief of Depression

A study was conducted on the correlation between plastic surgery and depression by the American Society of Plastic Surgeons. In the study, 61 of 362 patients undergoing cosmetic surgery were taking antidepressants before their procedure. During the six-month follow-up period, antidepressant use declined by 31%.

It is important to conduct more research in order to fully understand whether plastic surgery is associated with a decrease in depression, but this study is arresting. Psychological and emotional well-being is strongly linked to your physical appearance.

Is a Lift Right for You?

Depending on your personal needs and preferences, a thermage forehead lift can have several benefits, whether you get a traditional coronal lift or an endoscopic or temporal lift. There are benefits that are physical, emotional, and psychological. Schedule a consultation at Adoro Medical Spa in Severna Park, MD today to learn more about whether a forehead lift could be right for you.